Larkin remembers when Mazin and his co-founder Akshay Nanduri called him in 2014. They wanted Larkin to help them build a machine that would combine positron emission tomography (PET) imaging with a linear accelerator to treat multiple tumor sites simultaneously. Although Larkin declined initially because he was “having too much fun with robots” as Intuitive Surgical’s vice president of Engineering, he soon changed his mind. “The more I thought about it, the more I realized that I could invent new surgical robots for the next 100 years, and I’m never going to invent a device with the potential to operate on 10 different sites in the body at the same time,” he says.

Under Larkin’s stewardship, R&D has transformed from a time when “there were just two desks in this small office up in Burlingame and $14 million in the bank from their successful series A funding,” to a robust organization of more than 120 people. R&D comprises departments such as the traditional software, electrical and mechanical groups, but also domain-specific groups such as “beam generation” and “radiation sensing.” Larkin also carried over some organizational techniques he learned at Intuitive, such as building a customer-focused “product engineering” group that reports within R&D. Larkin hired the original 20-person engineering team that built the first prototype of the RefleXion® X1.

“I’m very supportive of my team. I delegate; I want ideas to flow from the bottom. The best place to make a decision is as far down the decision-making hierarchy as possible where you have a lot of information.”

Larkin’s ability to see the big picture and stay focused on the best idea, not always his idea, makes him a strong leader and mentor. “I do ask that we pull in the same direction when we’ve chosen the direction,” he says. “I’m very supportive of my team. I delegate; I want ideas to flow from the bottom. The best place to make a decision is as far down the decision-making hierarchy as possible where you have a lot of information.” Larkin has created a collegial and collaborative culture.

Thomas Laurence, senior director of Radiation Sensing within R&D, says he enjoys collaborating with RefleXion’s diverse group of talented people who are passionate about bringing BgRT to fruition. He says, “I really enjoy working with cutting-edge detection technology and continuously learning what can be done better, where improvements can be made now, or road mapped for future changes to further increase performance.” 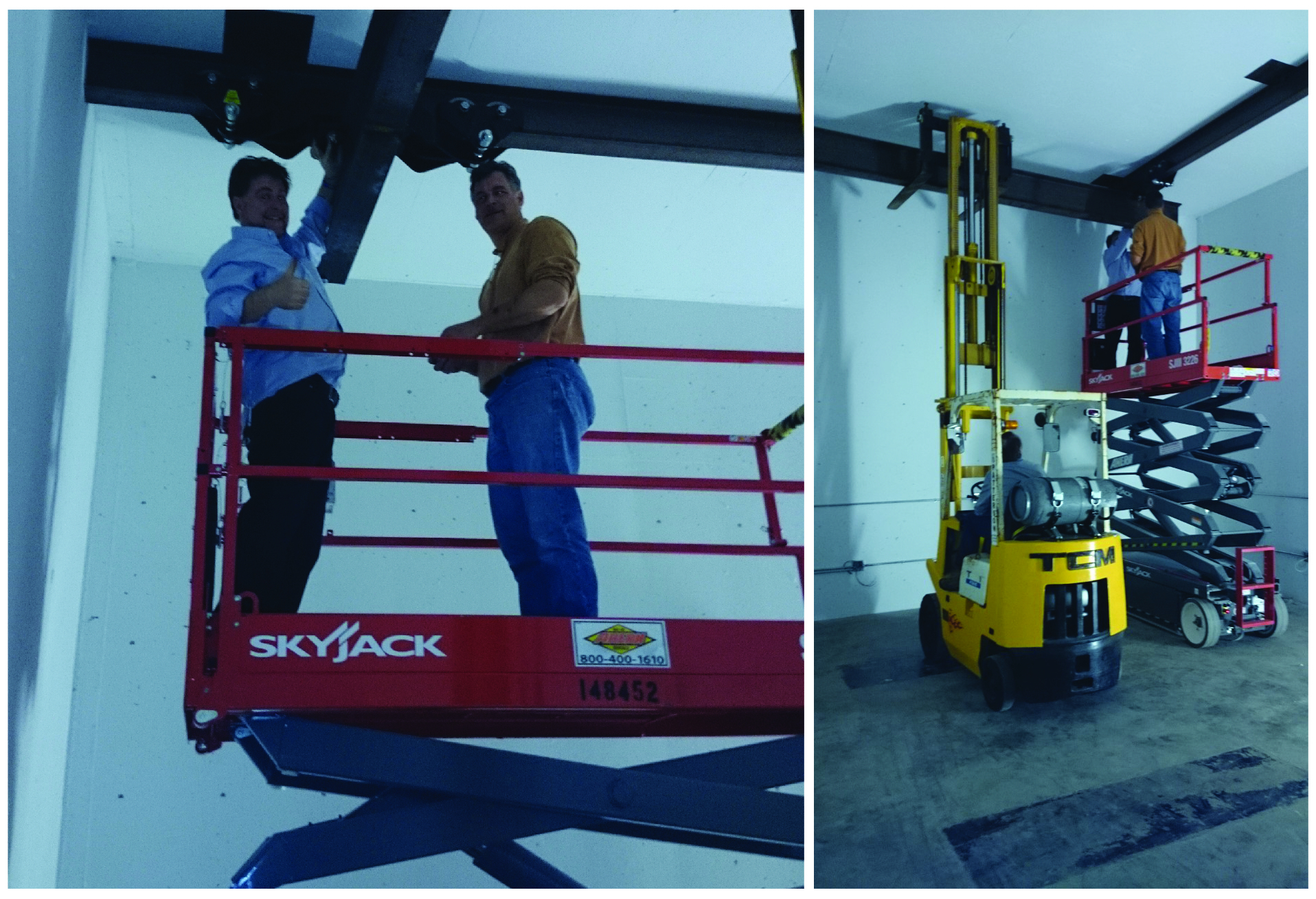 As Larkin explains, a company’s initial product is almost always determined by what engineers think is going to succeed, but once there are customers, there’s an immediate need to switch to responding to customer feedback and customer impressions about what needs to happen. “We’re still iterating the existing product. We got it right, but we can see many areas where we can make further advancements,” he says.

RefleXion uses a management methodology called Iterate to manage uncertainty, make decisions and adjust when there’s new information. “The iterative process means paying attention to and reevaluating that information constantly. Managing information flow is the hardest part,” says Larkin. “Many details come from providing customer service, the different possible clinical directions, and demonstrating to the FDA that the system is safe and effective via the formal scientific tests.

“In the company’s early days, the focus was on making the technology work to secure the next round of funding. Now we’re focused on regulatory and on service,” continues Larkin. “It’s a very complicated system, and every subsystem in there is probably more complicated than most medical device startups.”

“There are PET tracers that we may license that attach directly to prostate cancer. They tell you exactly where the contours of the cancer are and where the sites of cancer are in a PET image. The ability to shoot radiotherapy back on those specific areas of cancer is a giant step forward for the use of radiotherapy in treating prostate cancer. It’s just one example of where we can use external beam radiotherapy in a dramatically improved way for that specific indication.”

“There are PET tracers that we may license that attach directly to prostate cancer. They tell you exactly where the contours of the cancer are and where the sites of cancer are in a PET image,” says Larkin. “The ability to shoot radiotherapy back on those specific areas of cancer is a giant step forward for the use of radiotherapy in treating prostate cancer. It’s just one example of where we can use external beam radiotherapy in a dramatically improved way for that specific indication.”

RefleXion envisions using PET tracers for other cancers like lung and pancreatic. In addition, each fraction to treat cancer generates additional images that can be used to improve care for the next fraction. As clinicians see the tumor changing, they can make adjustments. “Someday, we hope to be able to adjust the plan for the next fraction to take those changes into account. That’s called offline adaptation,” says Larkin.

The risk-based approach that has enabled RefleXion’s R&D to flourish is an aptitude Larkin has honed over his career. He earned two graduate degrees from Stanford University, one in control theory electrical engineering and the other in mechanical engineering. He had planned to pursue fluid mechanics but switched gears after taking a robotics class in his first semester. After graduation, he worked for Adept Technology, an industrial robot company, for 11 years, ultimately leading the controls group. He then co-founded a small company aimed at applying consumer technology to factory automation.

Although his startup was not hugely successful, Larkin says, “it was transformative in terms of my management skills and how I viewed work in general. Thinking more strategically about a business was tremendously valuable.” He joined Intuitive Surgical in 2000 and stayed until 2014. “Intuitive Surgical was just finishing development of a surgical robot. I’m a roboticist, and that was my first job in medical devices. It was mind-blowingly exciting technology,” he says. “I am a technically passionate person. I really like to get into details and understand how things work.”

Larkin considers getting RefleXion as far as it has his greatest professional achievement. “What we’re doing now, if it succeeds, could be a dramatic advance in the treatment of metastatic disease. There is still a lot ahead of us—clinical studies and regulatory approval—but we have the potential to create a dramatic improvement to the radiotherapy industry and perhaps the most significant one since its inception,” he says. “I don’t want to sound too laudatory. If we stay on the right track, and the track we’re on, I think it [RefleXion’s technology] will have a dramatic impact on patient care.”