How Does Metastatic Cancer Escape from Drug Therapy? 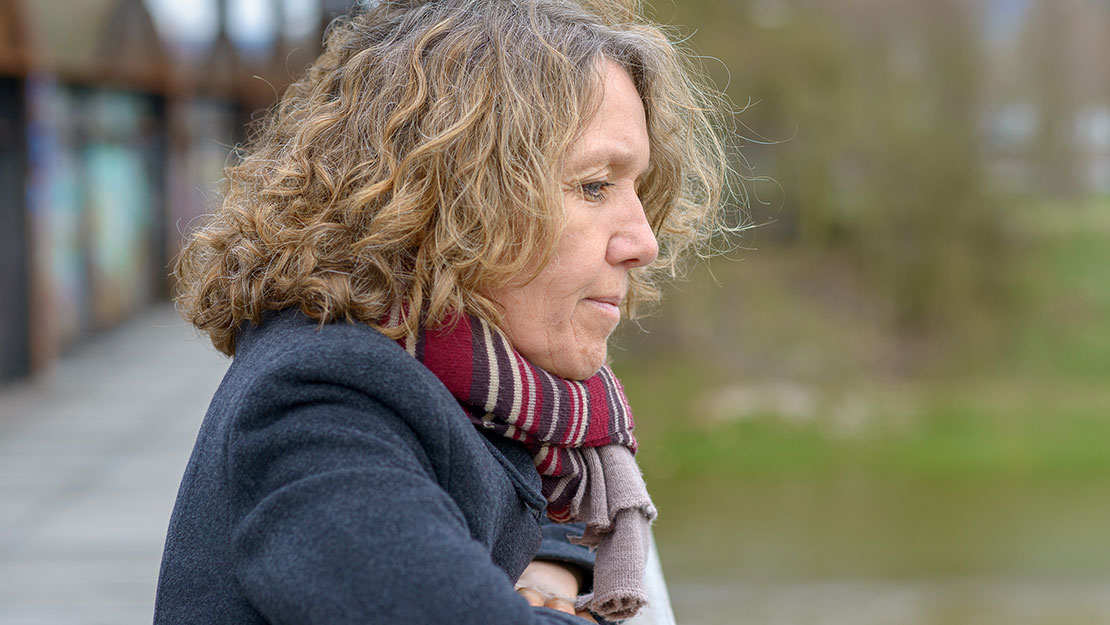 Welcome to Turning Cancer on Itself: Metastatic Cancer and Cutting-edge Care, a multi-part blog series about metastatic disease, current therapy and its limitations, and promising new treatment approaches that are entering the clinic.

This month, part four extends our discussion on drug therapy for metastatic cancer but reviewing why it is that cancer sometimes progresses despite the use of these drugs. It is frustrating to know that our treatments have limitations, but understanding these limitations is the first step to overcoming them.

In our second post, we asked why it is that patients with metastatic cancer do not fare well or, in the language of oncologists, why it is that these patients have a poor prognosis. We spent the rest of that post answering the question by listing the ways that metastatic cancer affects the body. We also mentioned briefly that another approach to answering this question is to understand why drugs for metastatic cancer can lose their effectiveness over time. Since our last article discussed what those drugs are, we can shift our discussion to this critical question.

If you recall from our last article, there is a reason that the backbone of treatment for metastatic cancer has been the use of drugs such as chemotherapy, targeted agents, and immunotherapy: Drugs circulate around the entire body where they can deal with tumors and cancer cells wherever they are. And yet, despite their effectiveness, these drugs have generally fallen short of turning metastatic cancer into a curable disease or into a disease that can be managed over the long-term as a chronic illness.

An inescapable reason for this reality is that cancer is a devious opponent and has a frustrating biology that makes it particularly adept at finding ways to escape the drugs we throw at it. We will discuss four mechanisms by which cancer can frustrate drug therapy. These include:

The rest of this post will describe the interesting biology behind each of these cancer escape mechanisms.

Tumor bulk is the easiest to understand, because it boils down to numbers. As in any battle, the numbers on the offense (the amount of drug that can be safely administered) must overcome the numbers on the defense (cancer cells). Remember that cancer is a process where a normal cell in the body becomes dysfunctional and multiplies itself over and over again to create billions of copies. Even if a drug eliminates 99.9% of the disease, the remaining cancer cells have the potential to kick off the process again from scratch. Therefore, the more cancer cells there are at the beginning of treatment, the less likely it is that a drug will eliminate every last one to end the disease for good.

In non-metastatic cancer (cancer that has not spread throughout the body), this same dynamic applies, but oncologists have gotten around this problem with combination therapy. Specifically, for many decades oncologists have used a standard of care called “debulking” to tip the scales in favor of the drug. This involves radically reducing the overall amount of cancer with treatments like surgery or high-dose radiation directed at the main tumor, and then using drugs to mop up whatever is left. Many of us have encountered this strategy in a family member diagnosed with non-metastatic breast cancer or lung cancer who first underwent a cancer surgery and then received a drug therapy afterward.

Debulking becomes much more complicated for metastatic cancer patients since, by definition, these individuals have disease in multiple locations throughout the body. This usually makes it infeasible to use things like surgery to radically reduce the number of cancer cells since, after all, multiple operations throughout the body would be required. The potential complications of attempting aggressive surgery like this would involve high risks and discomfort for the patient. Such an approach may also require a prolonged recovery time that might delay the start of a critical cancer drug.

Despite these barriers, there is emerging evidence that demands that we take a closer look at this approach in metastatic cancer. A number of clinical trials have recently been published which investigated debulking in the smaller subgroup of metastatic cancer patients with only a few tumors. These studies have confirmed that if patients can safely undergo debulking in multiple sites, they have better cancer outcomes than they do with drugs alone (1–3). Bringing these discoveries to the majority of metastatic cancer patients is a major unmet need, however, since only a minority have just one or two tumors.

A second way that cancer escapes drug therapy is tumor evolution. This has more to do with tumor biology than the mathematical argument above. Tumor evolution is the observation that cancer can change during the course of a patient’s illness. When a tumor spreads from its starting point to a new location in the body, that second tumor may pick up new features and abilities that the original tumor did not have. Likewise, if that second tumor generates its own colony elsewhere, the third tumor may also have new characteristics not present among either of its ancestors. In some cases, these changes are random, and in others, they occur as metastatic tumors adapt to different environments, such as a cancer cell that originated in the breast but needs to survive in the drastically different environment of the bone. The fundamental idea is that, like the finches and tortoises of the Galapagos islands, each colony of cancer cells can adapt and evolve to survive its environment.

As it happens, gaining these new abilities is a key attribute of cancer cells because of their dysfunctional and unstable genetic code, which is prone to mutations. Said differently, these mutations are the raw material for evolution. The unfortunate thing is that some of those mutations confer an especially undesirable trait: The ability to resist the drug that the oncologist prescribes. In fact, the elaborate ways that a cancer cell can evolve to resist drugs is a fascinating topic on its own. For instance, some cancer cells build actual pumps that push the drug out of the cell. Other cancer cells adapt by changing the shape of their proteins so that drugs targeted at those proteins can no longer attach to them. An unfair reality is that a single pocket of resistance can drive progression of metastatic cancer in the whole body, even if a drug is otherwise effective against the rest of the cancer.

A third escape mechanism, tumor pace, has to do with the speed at which cancer grows. Drugs all have a timeline for exerting their effects. Some drugs kill cancers quickly while others need time to mobilize. During this window, there is a risk that the metastatic cancer progresses to a deadly level while the body waits for the cavalry to arrive. An important nuance is that some of the slower drugs are among the most effective over the long-term. Immunotherapy in particular can require months after the first injection for the immune system to become fully activated.

And finally, speaking of immunotherapy, there is a related cancer escape mechanism that we call tumor temperature. To be clear, “temperature” is not a perfect label since it has nothing to do with actual heat or cold. Rather, it refers to whether a tumor has an environment that is friendly to the immune system. A necessary bit of background is that tumors are not just clumps of cancer cells. Instead, you can think of each tumor as an ecosystem that includes cancer cells as well as normal cells that, ironically, are tricked into supporting the cancer. For instance, tumors recruit blood vessels to bring them nutrients and connective tissue cells to hold everything together. This ecosystem also includes a host of biologically active molecules secreted by both the cancer cells and normal cells. If you recall, in a previous post we discussed that these secreted molecules can result in symptoms for the patient.

When you consider this ecosystem in total, you can characterize tumors as being immunologically “hot” or “cold.” “Hot” tumors have an environment that is friendly to the immune system. Under the microscope, these tumors appear inflamed; you can see immune cells penetrating the outer shell of the tumor, crisscrossing its blood vessels, and doing battle with individual cancer cells. In contrast, “cold” tumors have an environment that is hostile to the immune system. Under the microscope, the tumors are often described as an immune desert because the cells of the immune system either cannot get in or shut themselves off even if they do get past the moat and barbed wire. Importantly, even immune cells that are activated by immunotherapy drugs can have trouble penetrating this barrier. This may be an important contributor to the fact that roughly half of patients do not respond to the most effective immunotherapy drug class, which are called checkpoint inhibitors.

As we list these cancer escape mechanisms, it can be disheartening to know that cancer is a formidable foe that is able to deploy these countermeasures against our drug therapies. However, it is critical to remember that simply understanding these mechanisms is an invaluable scientific advance since it opens up the possibility of counter-countermeasures. Indeed, the history of medicine is filled with examples of diseases where resistance mechanisms are first understood and then neutralized. Consider that the first anti-viral drugs used against the HIV virus were characterized by patients having a dramatic response to treatment only to have the virus develop resistance and come roaring back. Medical scientists were not deterred, and instead they sought to overcome that resistance with intelligent combination therapies. This turned out to be a remarkable success; today, HIV infection is a manageable, chronic condition with normal life expectancy expected in many cases. Although oncology’s own struggles with drug resistance are longstanding, nonetheless I am impressed by how the oncology community has faced these frustrations with the same unrelenting commitment to discovery. And lately we have recaptured some lost ground. We will keep pulling on this thread in our next post.

Finally, I want to thank all the readers for following this discussion up to this point. It is hard to believe we are four months into this story about metastatic cancer. I hope you are learning as much as I am about this complicated disease. As always, your feedback on this content or ideas for future topics is much appreciated.

We are always available for a conversation.

Despite Grim Statistics, There is Optimism

We use cookies on our website to give you the most relevant experience by remembering your preferences and repeat visits. By clicking “Accept”, you consent to the use of ALL the cookies.
Cookie settingsACCEPT
Manage consent