Inspiring stories are all around RefleXion. Most employees can share how their passion for RefleXion’s vision is fueled by a cancer story of their own or someone they know. Meeting rooms are named after loved ones lost to cancer. “Early on, we decided to name every one of our meeting rooms after loved ones of our employees who have been affected by cancer,” says Sam Mazin, Ph.D., RefleXion’s co-founder and CTO. “Whenever we say something like ‘Let’s go meet in Ruth,’ it is a reminder to us all of the mission we are all on.”

Now RefleXion has a new tribute—The Sam Gambhir Memorial Learning Center, named after Sanjiv Sam Gambhir (“Sam”), M.D., Ph.D., who passed away on July 18, 2020, from cancer. Gambhir was a mentor, confidante and advisor to Mazin and his co-founder, Akshay Nanduri. In the earliest days when Mazin and Nanduri were trying to figure out whether RefleXion’s biology-guided radiotherapy* concept was feasible, and how they could make it work, they would consult with Gambhir. He also believed so strongly in Mazin and Nanduri—and BgRT—that he and his wife Aruna Gambhir invested in the company. Mazin says, “Sam and his wife, Aruna, were the very first to commit to invest in RefleXion to get the company started. Sam meant so much to me as an inspirational figure in cancer detection and molecular imaging.”

The Sam Gambhir Memorial Learning Center is a nod to Gambhir and an appropriate way to honor his contributions to the fight to beat cancer and his belief in and support of RefleXion. The Gambhir Learning Center will be a central place to educate clinicians on the adoption and use of RefleXion’s technology. It houses a classroom and full-scale treatment machine in a dedicated vault for hands-on training, as well as a board room, individual meeting rooms and a break room.

Gambhir had a remarkable life and career. His family immigrated to the U.S. from India when Sam was five. At 15, he enrolled in Arizona State University (ASU). After graduating from ASU with a bachelor’s degree in Physics, Gambhir enrolled in the medical scientist training program at the University of California, Los Angeles (UCLA). He completed a Ph.D. in Biomathematics and simultaneously earned his M.D. In 1994, Michael Phelps, Ph.D., a pioneer of positron emission tomography (PET) imaging and director of UCLA’s Crump Institute for Molecular Imaging, recruited Gambhir to join the faculty. By 2001, Gambhir was leading the Crump Institute and also serving as vice-chair of the Department of Molecular and Medical Pharmacology. Phelps recalled how Gambhir was so dedicated he used to sleep overnight on the PET scanner.1 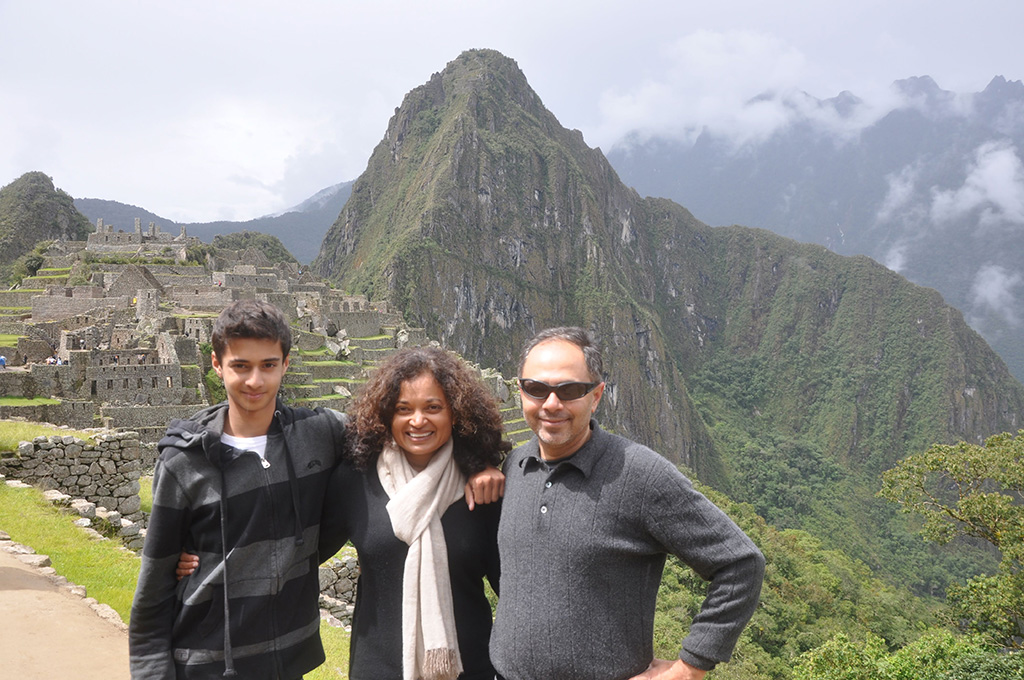 In 2003, Gambhir joined the faculty of Stanford University’s School of Medicine. He served as chair of the Department of Radiology from 2011 until 2020, and was regarded as a brilliant scientist, a groundbreaking clinician, and a true leader who was unafraid to make tough decisions. At the same time, he had an immeasurable capacity to be empathetic to each circumstance and person.2 He was also director of the Canary Center at Stanford for Cancer Early Detection, director of the Precision Health and Integrated Diagnostics Center at Stanford and director of the Molecular Imaging Program at Stanford.

When Mazin contacted Gambhir to discuss the idea for RefleXion, Gambhir saw merit in it and became RefleXion’s first scientific advisor. “Sam was an inspirational figure because he encouraged us to make the fight against cancer personal. He said we should all be ‘angry’ at the current state of cancer treatment and that we should work together to channel this anger like a flame spreading across many candles,” says Mazin. “One of our company core values, Hunger, is meant to capture this concept of just not accepting the status quo in cancer treatment and to do something about it.”

Called the “father of the field of molecular imaging,” Gambhir dedicated himself to developing methods for early disease detection. Direct contributions from his research precipitated a new era of molecular imaging to flag signals of disease in its emergent stages.3 Gambhir was known for the development of PET reporter genes, which can flag molecular activity and signal where something’s wrong in the body.4

Since molecular changes in the body occur far earlier than structural ones, Gambhir knew inherently that finding those molecular changes would lead to earlier diagnoses. Gambhir’s advancements have been transformative because earlier detection of cancer, and other diseases, are crucial for earlier treatment and improved health outcomes. Gambhir was also instrumental in getting the federal government to reimburse medical providers for PET imaging. This non-scientific action was pivotal to helping establish PET as a diagnostic tool and a primary method for detecting cancer. 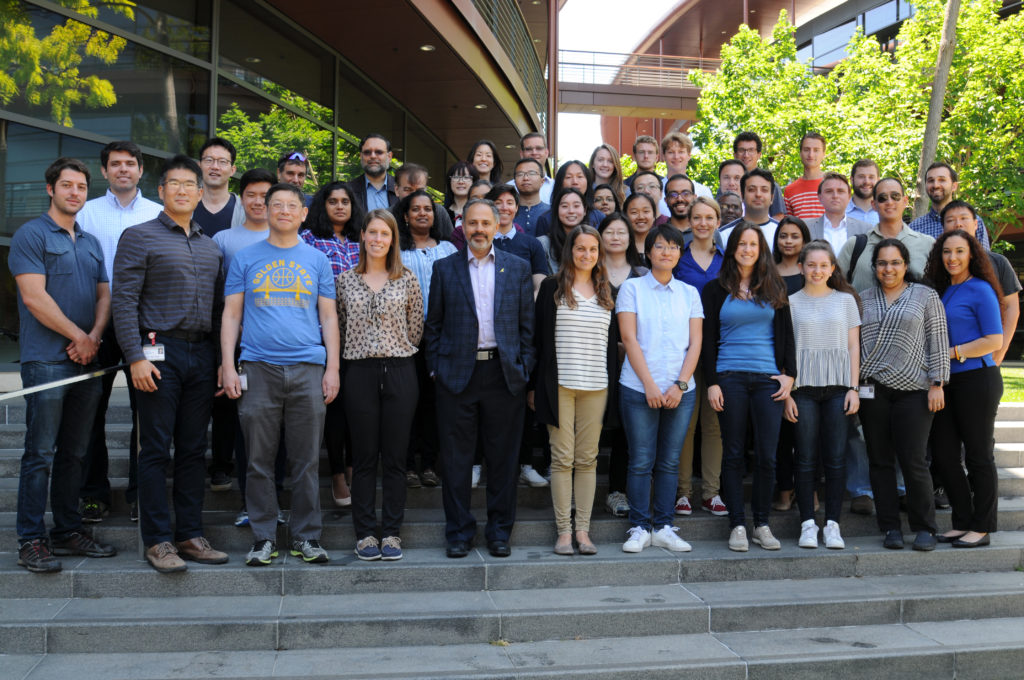 “I’m convinced that a future that’s going to involve precision health will be the right way to approach health care and will be fundamental to our changing how we deal with health and disease today,” Gambhir said in a presentation.5 Gambhir was a visionary who was witty, self-deprecating, compassionate and earnest. He had an innate knack for asking the right questions. He cultivated talent and inspired everyone to do and become their best. “Sam’s commitment is to the betterment of humanity. He would rather medicine not be so involved in healing the sick, but rather preventing people from getting sick in the first place,” said Norbert Pelc, Sc.D., Professor Emeritus, Department of Radiology, Stanford University, in a video honoring Gambhir.6

Gambhir was studying glioblastoma multiforme when his son Milan was diagnosed with it. Though he fought a courageous battle, Milan passed away on May 2, 2015. He was just 16. Gambhir, too, unfortunately, received a cancer diagnosis that he ultimately died from. The night before he died, Gambhir was awarded the Dean’s Medal, the Stanford School of Medicine’s highest honor. Gambhir received the award for his “revolutionary contributions to biomedicine and to human health.”4 At the same time, the Sanjiv Sam Gambhir Professorship in Translational Medicine was established to “stand as a tribute to Gambhir’s remarkable career ‘to further recognize his unwavering leadership, compassion and commitment to science and medicine.’”7

Over his career, Gambhir founded or co-founded three biotechnology companies.8 He authored almost 700 peer-reviewed scientific articles and filed more than 40 patents.9 Gambhir also received many prestigious awards for his scientific accomplishments and groundbreaking advances in imaging.10

Mazin remains deeply impacted by the professional and personal connection he had with Gambhir. “Sam and his son Milan both losing their battle to cancer is such an important reminder to me, and to many other RefleXioners, that it is incumbent upon us to see our mission through,” he says. “As Sam was also very dedicated to education, memorializing his name in this fashion felt very fitting, and will serve to remind us all of the impact that the Gambhir family, and Sam in particular, has had on RefleXion.”

*The RefleXion™ X1 is cleared for SBRT/SRS/IMRT. BgRT is limited by U.S. law to investigational use.

RefleXion is a privately held commercial stage company developing the first biology-guided radiotherapy system, a significant change in strategy from single tumor therapy to the ability to one day treat multiple tumors in the same treatment session in cancers that have metastasized. BgRT incorporates positron-emission tomography (PET) imaging data to enable tumors to continuously signal their location. The BgRT technology will synchronize these data with the linear accelerator to direct radiotherapy to tumors with sub-second latency.